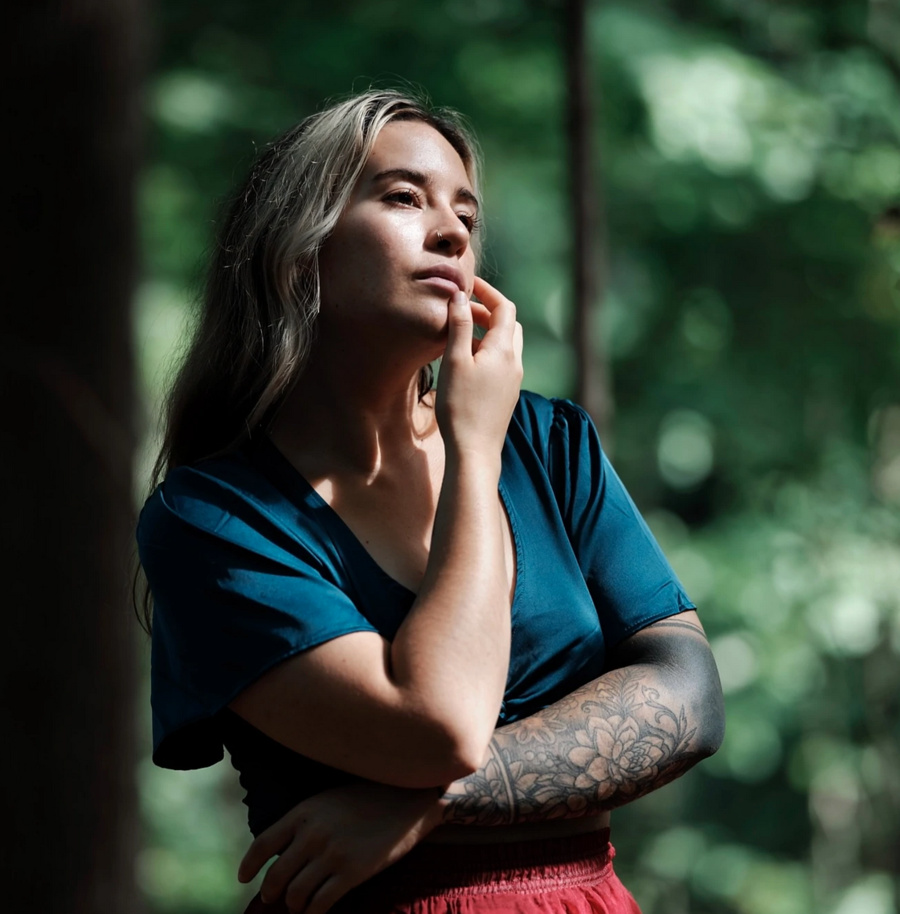 (by CAP Board member Judith Pratt)

If I weren’t out of walls to put art and books on, I would want at least four of Yen Ospina’s paintings: her “Aqua”, her “Mariposas”, her “Escarabajo”, and her “Bosque Oscuro.” And that’s only from page one of her website that shows her fascinating art.

She turns these paintings into greeting cards and T-shirts. She also paints murals, and sells bead earrings that she imports from a Colombian indigenous tribe from her hometown, the Embera Chami, the “people from the mountain.” They are a hunting and harvesting group who are suffering from colonization, climate change, and forced displacement.

Ospina describes her painting style much better than I can: “My work centers on themes of power, mysticism, and visibility. I use a core color palette of ochre, chocolate, cinnamon red, earthy orange, and a deep dusty teal.”
See these colors on her paintings at https://yenospina.com/

Ospina is the daughter of Colombian-born immigrants, and a “proud latinx queer artist.” She is self-taught, honing her style over “a period of deep introspection.”

Then she created a mural, “Justia,” for OAR (Opportunities, Alternatives, and Resources for incarcerated people.) Of that mural, Ospina wrote, “We need to keep fighting because there’s so much happening right now - people being murdered in the streets, kids in cages, Colombia... This mural is a reminder to myself & others that art can be powerful. I didn’t get political until painting this mural. Now I’m inspired. I hope everyone feels it when they see it. Keep fighting.” 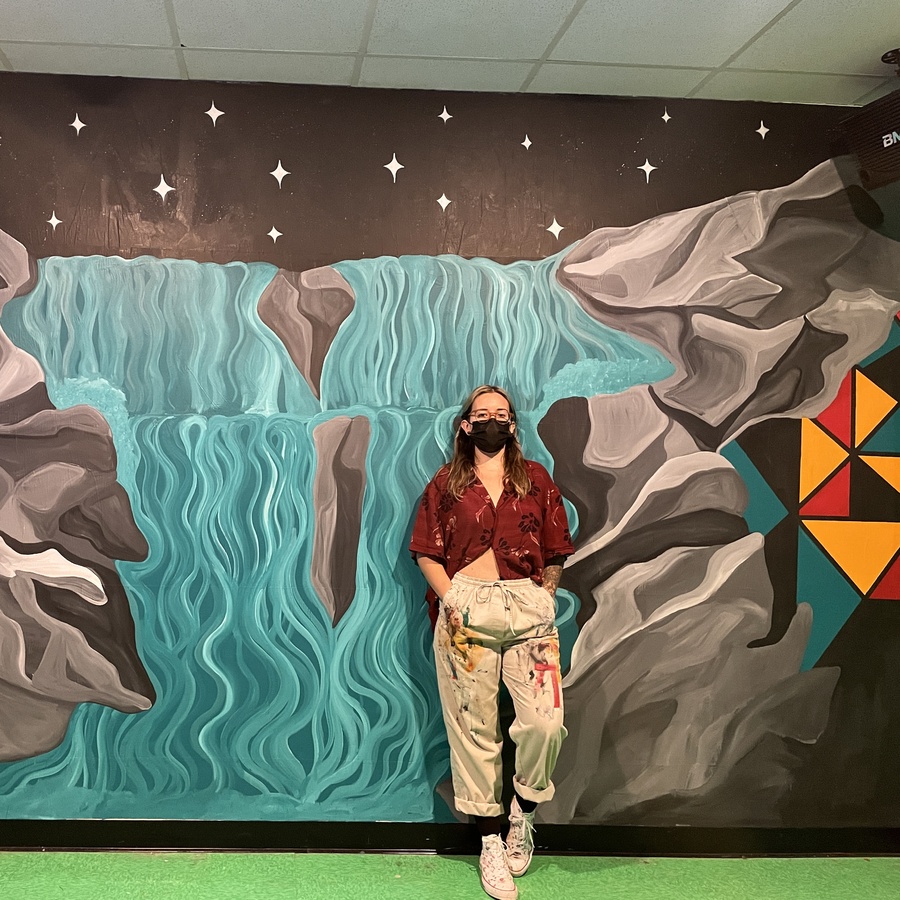 I care about people that are targeted with injustice,” said Ospina. “I care about the treatment of women and people of color, and I want equality for all.  I find it important to give because it is the right thing to do. Being united and supporting each other is what helps to fight against the people that are constantly making us turn on each other.”

Her murals can be seen all over Ithaca, including at the Sciencenter, Press Bay Alley, even on a fence along the South Hill Recreation Way. Now she’s working with the Paul Schreurs Memorial Program to paint a mural in the Women’s Opportunity Center. It will have an unveiling on Wednesday, June 17, from 5-7 p.m., at the Women’s Opportunity Center. There will be a silent auction and refreshments. Yen Ospina  recieved a 2022 CAP Artist in Community Grant to support this project.

Check out her murals at https://www.ithacamurals.com/yen-ospina.html

While she paints, Ospina said, “I listen to the monologues of movies. I replay movies over and over again! All-time Favorites : Blade Runner, Alien, and The Big Lebowski.”

“I'm thankful that CAP exists, said Ospina. “It has given me the opportunity to network, and in the past, I have received grants that have helped me through some rough times. It has helped me when I lost my job during the pandemic. CAP helps artists in need, and I'm thankful for it.”

“The arts have been used to express what is constantly going on in the world. Creating something out of nothing is the most fulfilling thing to me. When I try to explain what arts mean to me, the thought is too overwhelming. Words can't describe how it makes me feel, I just express it the best I can with color.”

Yen Ospina has a gift for color. If you have space on your walls, consider buying some of her brilliant pieces.